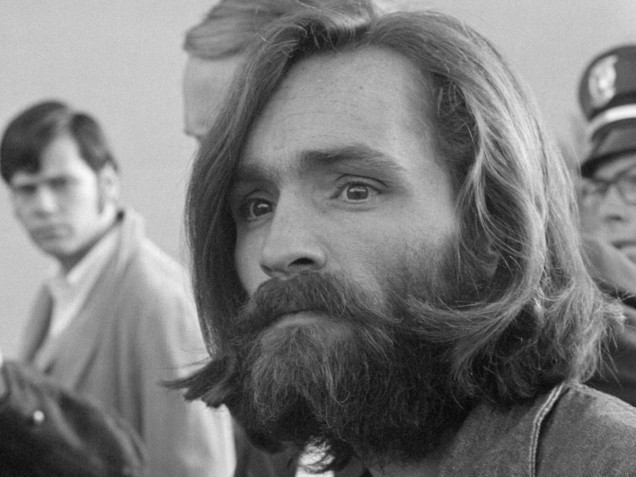 Of all the events that took place in 1969, two are remembered above others. In one, mankind reached for the stars, literally, during the Apollo 11 ascent to the Moon.

The other was a manic, depraved and craven series of homicides that made up what became known as the Manson murders. It was a descent into madness.

Inside she found the body of Voityck Frykowski, a friend of film director Roman Polanski, whose house it was. Frykowski had been stabbed repeatedly.

Later, LAPD officers discovered the bodies of Abigail Folger, heiress to the Folger coffee estate; hairdresser to the stars Jay Sebring; Steve Parent, who was a friend of the caretaker; and Sharon Tate, who was Polanski’s wife, and who was eight and half months pregnant.

“All had been stabbed viciously in what must have been a mad, brutal frenzy,” writes Gary Lachman in his informative tome The Dedalus Book of  the 1960s: Turn Off Your Mind.

“PIG” was written in blood in the front hall.

The next night there was another series of murders, this time at 3301 Waverly Drive in the Silverlake district.

Leno LaBianca and his wife Rosemary were tied up and killed with their own kitchen knives. There were many stab wounds. DEATH TO PIGS, RISE and HEALTER SKELTER were written in blood on the walls and fridge. The last reference was a misspelling of the name of a Beatles song.

The murders, as was soon discovered, were the work of sociopath Charles Manson’s Family, a hippyish cult in thrall to Manson and his self-styled teachings.

Manson was convinced the Beatles had tuned in to his wavelength, and were sending him coded messages in their songs, particularly those from The White Album.

Helter Skelter was what Manson called the apocalypse he thought was imminent. He spent considerable time searching in California’s deserts for the entrance to a mystical underground city to ride it out.

Aged 34 at the time of the murders and a little over 5 ft, Manson had spent 17 years of his life at that point in prison. He had been a burglar, car thief, pimp, forger and wanderer. A hater of blacks.

Manson was so accustomed to life behind bars that when he was released from Terminal Island Prison in 1967, he pleaded with the wardens to take him back.

Known to some as “the Wizard”, Manson cosied up to players in the LA music scene. He got to know Beach Boy Dennis Wilson when Wilson picked up two of The Family’s young female devotees who were hitchhiking and took them back to his house.

Wilson later arrived home one evening to find that Manson and a dozen young girls had taken over his home. By the end of their stay they had cost him $100,000.

“Although Manson and the Family were officially charged with nine murders, privately Manson remarked to prosecutor Vincent Bugliosi that the real figure was 35,” writes Lachman.

Bugliosi believed this to be a low estimate.